* In case of any delay in receiving the OTP, you may verify it later. Please proceed without verification.

Enter your City name or Pincode

Anandapur is a town in the Kendujhar district (also knows as Keonjhar district) of Odisha and is a municipality. The town is the headquarters of the Tehsil of Anandapur. The district of Kendujhar is known for its historical heritage and treasure which dates back to about 1500 years. Gifted with a healthy eco-sytem, and famous for the mines, especially for iron ore, manganese and chromite, Anandapur is blessed with natural beauty of the eastern mountain ranges and a healthy drainage system Baitarani river. The name of the town 'Anandapur' literally translates as a 'City of Happiness.' 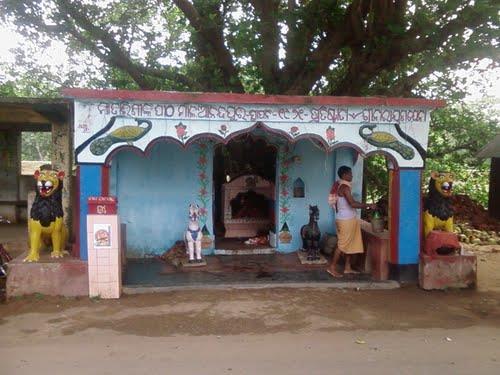 Anandapur is one of the three sub-divisions in the district of Kendujhar, the other two being Keonjhar and Champua. The city of Anandapur is the headquarters of the Anandapur Tehsil and a Municipality which is divided into 16 further wards. Elections for the people's representatives on the Municipality are held every five years. The Anandapur Municipality has administration over 8,601 houses and it is authorised to build roads, maintain water supply to the residents and impose and collect taxes from its residents. The District Collector of Kendujhar district is the head of the district administration and also performs the duties as the District Magistrate and is an appointed functionary of the state government. He is responsible to maintain the law and order in the district as well as look after the disaster management in the times of floods, droughts and other calamities.

Located in the south eastern part of the Keonjhar district in the state of Odisha, Anandapur is a Tehsil and is accompanied by Patna Block in the north, Ghatagaon in the west, Harichandanpur and Ghasipura on the south. On the east, it shares its boundary with the district of Mayurbhanj. The geographical location of the town of Anandapur is 21.21°N 86.11°E and it sits at an average elevation of 43m (141ft). From the state capital of Bhubaneshwar, it lies north at a distance of about 153km. From the town of Bhadrak, it lies to the west, at a distance of around 44km and from Cuttack at a distance of around 130km. The Baitarani river, which bifurcates the district of Keonjhar between the mountains and the plains flows on the southern side of the town. Because of the nature of its topographical structure, the land surrounding the river basin is fertile for agriculture and the water is rich in the minerals.

Since the city of Anandapur is located in the eastern and lower plains of the Keonjhar district, the temperature here remains on the hotter side with a high humidity due to its proximity to the Bay of Bengal on the east and its location on the banks of the Baitarani river. The climate of Anandapur can divided in three seasons; summer, monsoon and winter. In contrast with the rest of the state of Odisha, where the summer brings with it unbearable heat and humidity and the mean temperatures can soar into the the 40degrees, the climate of Anandapur is quite moderate in comparison. On a hot day, the mercury can go as high as 40°C but stuffy air with no air currents can make the atmosphere quite uncomfortable. Because of the high humidity, nights fail to bring much relief either. The summer arrives around the beginning of March and lasts until the end of May. The winter in Anandapur is also quite moderate with the mean temperatures staying around 11°C during the height of the winter with the minimum temperatures rarely plummeting below 10°C. The town of Anandapur receives most of its rainfall during the months when the south west monsoon is active, i.e. from June to September.


Literacy and Language in Anandapur

The municipal town of Anandapur scores fairly high in the area of literacy and education with the total literacy rate of 84.55%. Predictably, however, the male literacy stands high at 90.57%, whereas the female literacy rate is lower at 78.14% but still higher than the overall state average. Like the rest of the state of Oriya is the principal language of the town.

Odisha is one of those states in India that is blessed with abundance of mineral wealth and natural resources. Some of the most exploited mines in India lie in this state. The district of Keonjhar, in which Anandapur is a Tehsil and town, is home to a number of mineral deposits such as Iron Ore, Manganese and Chromite. The deposits of the Iron Ore are adjudged to be over a staggering 2500 million tonnes. In the Anandpur sub-division huge deposits of Chromite are found near the village of Nussahi. There are also some other minerals such as Quartzite, Bauxite , Gold , Pyrophillite and Lime stone. Anandapur has also benefitted from the vast natural resources that the dense forests in the region offer. From tamarind to Myrobolans, Lac, Genduli and other gums, Nux Vomica, Mushrooms, Simul Cotton are found in abundance in the region. Since the climate and the topography of the region are conducive to agriculture, a large part of the population of Anandapur also survives on the agricultural economy. Since Odisha is also home to a number of oil and gas reserves and production off its coast in the east, several companies are engaged in the production of oil and gas equipment in the Anandapur subdivision.

The district of Keonjhar, or Kendujhar as it is known, is witness to some of the most magnificent historical relics and evidences from the rich heritage varying from the Gupta Dyanasty, the Kalinga empire, and such. From the Asnapat inscription to the rock paintings, this land basks in the glory of its artistic history. As the district is also a home to diverse cultures of some of the oldest communities in India, the land resonates with the art, music and dance forms whose origins date back to the historic times. As is the culture of the region, most tribal communities in the region have 'Akharas' in which traditional ceremonies are held with the performance of song and dance. Changu Dance, Chhau Dance, Juang Dance and Ho Dance are some of the major performing arts that have been preserved by the communities here for thousands of years. The festivals such as Makar Sankranti, Raja Sankranti, Baruni Yatra, Siva Ratri (Jagar Yatra), Nuakhai and Rath Yatra are celebrated here with much enthusiasm and fervour. Since the nature of the festivals is closely knit with the traditional economic structure and patterns of the region, they form an inherent part of the culture of Anandapur. Some of the other festivals that are celebrated in the Kendujhar district include Sarhul, Sohrai, Karmapuja, Bodam, Chaitra Parab or Uda Parab, Ram Navami, Dussehera, Dola Yatra, Rahas Purnima, Bada Osa and Chandan Yatra. The people of Anandapur are known to be warm and extremely hospitable hosts, extending their warmth to their guests.

Anandapur is blessed with a scenic and rutic beauty and sits in the company of the Baitarani river, bringing the waters from the hundreds of natural springs in the mountains on the west. Although there are not great many tourist attractions in Anandapur, the tourists can visit some of the natural reserves and forests in the region. The lush green woods of the Hadagarh wildlife sanctuary stand in the mighty company of the Hadagarh reservoir of Salandi dam. The forest is rich in biodiversity and several animals including tiger, leopard, fishing cat, jungle cat, hyena, elephant, langur, pangolin are spotted on a regular basis here. Since the backwaters of the dam wanders into the woods, it is also home to several species of birds, insects and amphibians in the region. This wildlife sanctuary comes under the Salandi Forest Range. The visitor to the town of Anandapur can also visit the natural forests of Sendhei Reserve, and Bhalugaon Forest. There are several temples around the city where the visitor can satisfy their spiritual thirst in case they have some time to spare in the city.

Anandapur is a fairly distant city, especially from the bigger cities in Odisha such as Bhubaneshwar and Cuttack. However should you find yourself visiting this quaint city sitting in the company of a river and natural forests, you could find some comfortable accommodation in the city. Find the details of the hotels in Anandapur below.

One of the most important factors for any establishment, such as a village, or a town or a metro city to run efficiently is the system and the intricate network of utility services. The better the infrastructure of the utility services, the more efficient the workings of the establishment. From police to the post office, it is these services that keep a city running smoothly.

Odisha is one of geographically and politically most challenging states in India. Due to its history and the turbulent years in the early years of the independence, the state has seen a swift rise of the guerillas in the region. Due to mining projects, displacement of the tribal communities, the region has often been witness to skirmishes between security forces and the people, the guerillas. Although these occurrences are confined mostly in the mountainous regions and remote places in the forests, for any visitor travelling through the length and breadth of Odisha, even a small incident can prove to be disturbing. If you are travelling to Anandapur, note the details of where you could reach the police.

Anandapur is a relatively small town. However with the growing industry and the thriving agricultural economy have ensured that the economic activity in this town does not crawl to a stop. To support the growing needs of the emerging marketplace, the banking sector plays an important role. Following are the details of the banks in Anandapur.

Owing to its remote location and a lack of a robust infrastructure, the municipal city of Anandapur has few utility services and almost next to nil courier services. For all the nitty - gritties of daily life, it is better to head to the town of Bhadrak. However, as ever, where there are less hospitals, next to no courier services, the Indian Post has a strong presence. Following are the details of the Post Office in Anandapur.

By Train : Anandapur unfortunately does not have a railway station. However, the nearest railway station to go Anandapur is at Tomka (TMKA) at a distance of about 14km from Anandapur city. It is connected to Bhubaneshwar and Barbil by a fast passenger and Intercity Express respectively. However, Jajpur K Road (JJKR) is the only major railway station near Anandapur. It is very well connected to the major cities in Odisha as well as in the region and in the rest of India such as Guwahati, Kolkata, Hyderabad, Puri, Muzaffarpur, Patna, Amaravathi, Bhubaneshwar etc.

By Air : The nearest airport to go to Anandapur is the Biju Patnaik International Airport in Bhubaneshwar, which is the state capital of Odisha. The distance between the Biju Patnaik International Airport and Anandapur is about 156km but due to the hilly terrain and curved roads the travel time could noticeably increase. The airport has two terminals; one for domestic and the other for international flights via Delhi. The domestic terminal has daily flights to Delhi, Mumbai, Port Blair, Kolkata, Bangalore, Chennai, Coimbatore, Hyderabad and Vishakhapatnam. Flights by Sir India, Goair, and Indigo are operated.


Anandapur at a glance

Comments / Discussion Board - About Anandapur